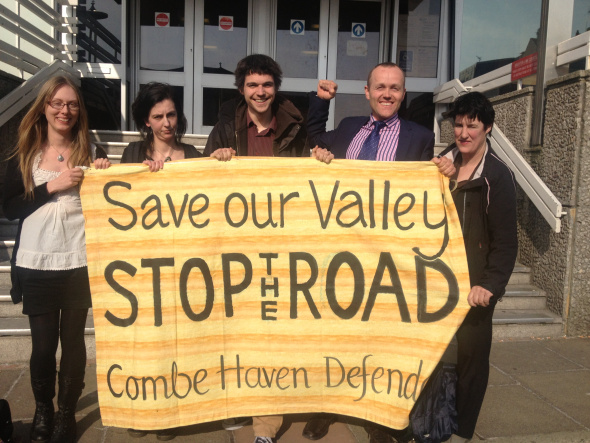 Six anti-road protestors who were arrested in January 2013 after occupying trees along the route of the controversial Bexhill-Hastings Link Road (BHLR) have today been acquitted of all charges following a thirteen-day trial originally scheduled to last five days.

The six – all of whom were charged with aggravated trespass following tree occupations on the route of the BHLR – first went on trial in Hastings last September [2].  However the trial, originally scheduled to last five days, ended up taking thirteen, running on dates in October, December and January, and finally finishing today in Brighton.  Further acquittals are possible next week when the verdict will be given for the last remaining case, involving five…